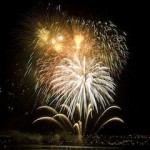 Like many American cities, Denver hosts a traditional American Fourth of July celebration each year.  Unlike most cities, however, they include activities and attractions that are as far from typical as they are patriotic.  The 2011 celebration in Four Mile Park, for example, is slated to include visits from impersonators portraying both Abraham Lincoln and Thomas Jefferson as well as Uncle Sam himself.  The park celebration will also feature a reading of the Declaration of Independence, Jefferson's masterful explanation of the colonies' reasons for rejecting the authority of King George III.

In the Four Mile House Museum, Denver's oldest intact structure, visitors can observe the ways that Colorado pioneers celebrated the Fourth of July.  For those that prefer the arts to history, the Cherry Creek Arts Festival offers a celebration of the performing, visual, and culinary arts.  This festival draws more than 350,000 visitors to Denver each July and includes performances of dances from several different world regions.  Another opportunity for music lovers is at Red Rocks Amphitheatre, which hosts an "improvised rock" music celebration that lasts the entire weekend.

If patriotic music is your preference, Denver has something to meet that need as well.  The Colorado Symphony will put on a free concert in Civic Center Park during the 2011 celebration of the Fourth.  This event will be accompanied by a light show and to cap off the evening, a fireworks show.

Buyers considering Denver homes for sale can have confidence that their new hometown does the nation proud each year for Independence Day.