Denver Lofts in the Elyria-Swansea Neighborhood 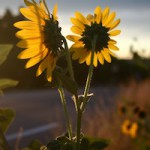 Some areas of Denver are quite exclusive, with house purchase prices to match, but there are also areas in the city with more modest real estate prices. Denver lofts in such areas can be a good buy in many cases.  One such neighborhood is Elyria-Swansea in East Denver.  Located on the northeast edge of the city, Elyria-Swansea has about 10,000 residents and is predominately Hispanic, though African Americans, Native Americans, Asians, and Caucasians also live there in small numbers.

Elyria-Swansea borders Adams County to the north and extends to the east all the way to Colorado Boulevard.  In the west, it reaches to the South Platte River, which means that some locations in Elyria-Swansea are actually riverfront property.

The Denver Coliseum is located at the southwestern corner of Elyria-Swansea, providing jobs and entertainment for residents here.  Another large concern in the area is the Nestlé Purina Petcaer Company, which operates a manufacturing center here.  Located slightly to the south of Interstate 70, this center can be seen from most points in the neighborhood.

There are two city parks in Elyria-Swansea: Elyria Park and Swansea Park.  Both parks are kept up by the city services department in Denver.  From the southwest to the northeast, a railroad line cuts through the Elryia-Swansea neighborhood.

The neighborhood's hyphenated name is a result of two earlier cities both being annexed into the larger city of Denver, a process that was completed in 1902, making this area one of Denver's most historic areas.