Denver: Not a Single Downtown, but Many 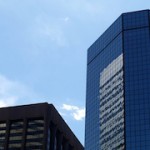 In most large metropolitan cities in the United States, the phrase "downtown area" calls to mind a single image, sometimes of towering high rises making up the business district, sometimes of sprawling warehouses that go dark each evening at 9pm.  The city of Denver, however, has a great deal of variety in its downtown area.  By some reckonings, there are more than ten different neighborhoods in the downtown region, and each one has its own unique urban culture.

One of the most intriguing is the northern part of downtown known as Curtis Park.  Here, the streets are lined with trees and the community is a diverse mix of three American cultures: African American, Hispanic American, and Caucasian.  Denver condos in Curtis Park allow residents to reach the city center in just 15 minutes on foot.  When people are more environmentally conscious and gasoline is getting more expensive by the day, this feature in invaluable.

Walking is hardly mandatory, however.  Denver's internal transit system is efficient; from Curtis Park residents can use the light rail service to quickly reach the heart of the business district.  The neighborhood is currently undergoing revitalization with apartments and condominiums being constructed on land that has been cleared of previous public housing.  Curtis Park is the oldest neighborhood in any residential area of Denver and today it remains one of the most popular areas for both long-term and new residents to live.