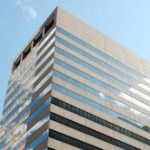 Denver is unusual among American cities in that is a consolidated city-county.  This explains why residents so often use the phrases "city of Denver" and "Denver county" as though they were interchangeable.  In a very real sense, they are.

Local government in this city-county consists of a mayor, a city council with 13 members, and an auditor.  The position of mayor is a non-partisan one.  Denver follows the pattern in which the mayor had strong powers and the city council possesses relatively weak ones.  For example, the mayor can veto any resolution or ordinance passed by the council and is responsible for the city budget.

However, a system of checks and balances is in operation in Denver; the council can override a veto if nine members agree; to change the city budget requires only a majority vote of the council.  All elected officials serve terms lasting four years, and can serve at most three terms in the same position.

Although city elections are not partisan, Denverites tend to vote for Democrats more often than for Republicans.  This is true at both the local and federal level.  The mayor of Denver has been a Democrat since the city election of 1963.  Denver is a place where it is possible for an ordinary citizen to have a voice; occupants of Denver lofts can do a great more than vote; they can volunteer for service on one of the many commissions the help administer services in this city-county.