Seen and Totally Heard - Your Kids and Real Estate 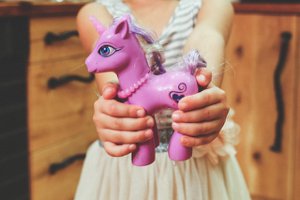 The other day I was sitting around a table with a bunch of kids and a couple of teenagers and I posed what I thought at the time was a very simple and safe question. “If you were going to move, what would you want in your new house?” Before I go into the answers, which are fantastic, I was a little shocked by their first response, which was a group consensus, “Hmm, nobody has ever asked us that before.”

I will admit, most often children aren’t brought into the process of looking at new homes. In fact, in most cases they become a bit of a wild-card and sometimes dangerous addition while touring prospective houses. There is always a watchful eye as they meander through the house, sometimes touching everything, other times sliding down the stairs, or even perhaps more unnerving, being absolutely quiet. I love kids, but I have caught myself on many occasions talking about them, instead of engaging with them about what they want and need in a home. I generally expect and leave it up to their parents to be cognizant of their needs.

Buying a House with Your Children

While buying a new home is exciting, it is also tough on everyone. There are changes, new neighbors and for your kids the loss of their friends and often their identity. Nearly all of us have mental pictures of the home we grew up in, the trees we climbed, the friends down the street and the best hiding place in the world. Our kids are no different. Involving them in the process may help them adjust quicker to their new surroundings. Here are a few more tips to help you children adjust to a new home.

Sit down and ask them what they would like to have in their new house. Of course you are going to get a few outrageous answers, but try to hear what they are saying. Ask about what color they want their room to be. Do they want multiple floors or do they like long houses? If they mention a big yard to play in, you may want to add that to the list you give to your Realtor. When visiting houses, ask them what they did and didn’t like. I know it is hard to always meet their needs, but in the end when you are deciding between a few houses, one of them may just have what your children really want and this could help you make a decision that makes everyone happy. Besides, they have to grow up there too. 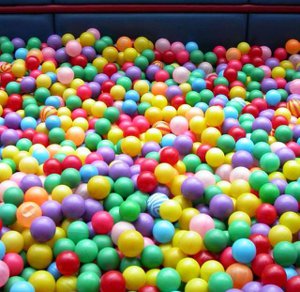 Be on the Lookout for Secret Passages

Now, the results of my quick poll. There was a resounding appeal for secret doors and passages and if there is a dungeon or cool cellar that is definitely a bonus. One child expertly described a room that he called the trampoline room. The floor, ceiling and walls were all trampolines so he could bounce off anything and eventually just fall asleep on the floor. In his words, “I would be having so much fun I couldn’t break anything else in the house.” Another young man described a room full of balls, “the kind you could just swim in.” There was the one girl who wanted a large room where she could keep a pig, an iguana, her hamsters and a unicorn. (She knows they’re not real, but she thought it would still be cool to have one.) Trees, forts, wildly painted rooms and houses with lots of hiding places, including secret nooks, made up the remainder of the list.

Often during the process of buying and selling homes, we can forget that beyond the number of rooms, square feet, and location, there are children who want to be involved and have ideas and preferences that could influence our final decisions. A wise older lady once told me, “If it’s really for the children, then you better make it all about the children.” I know it’s hard to find a home with unicorns or multi-colored walls with a tower, let alone one with hidden passages, but if we take the time to focus on what our children are thinking, we might just find a dream home everyone loves.